Semiconductor materials possess an electrical conductivity range that falls between that of an insulator (e.g., glass, plastic, etc.) and a conductor (e.g., iron, gold, etc.). Their resistivity falls as their temperature increases (metals act in the opposite manner). The conducting properties of semiconductor materials may be changed in useful ways by adding impurities (doping) into the crystal structures of these materials. In the case of differently doped sections existing in the same crystal structure, a semiconductor junction is developed. The behaviour of charge carriers, which comprise electrons, electron holes, and ions, at these junctions is the foundation of transistors, diodes, and the majority of modern electronics.

Some common examples of semiconductors are germanium, gallium arsenide, Silicon, and elements near the “metalloid staircase” on the modern periodic table. Silicon is the most common element used for making most electronic circuits. Just after Silicon, gallium arsenide is the second most used semiconductor and is employed in semiconductor devices like solar cells, integrated circuits, laser diodes, etc. Semiconductor devices have a range of useful characteristics. For example, they can pass current more smoothly in one direction than in the other direction, displaying variable resistance and maintaining sensitivity to heat and light. Due to their incredible properties, they solve a wide variety of problems in our everyday life. Let’s go through the important daily life applications of semiconductors.

Computers and microchips are one of the most celebrated applications of semiconductors. They heavily rely on clusters of semiconductor devices like IC chips, transistors, diodes, etc., to function effectively and efficiently. Depending on the kind of semiconductor in a chip, a semiconductor employs binary codes to impart commands or receive output results. Microprocessors, graphic processing units, and memory are common computational devices that are composed of semiconductors. Collectively, they help to run machines smoothly.

The application of semiconductors in telecommunications is identical to the computation as telecommunications also require intense processing and computation of data. In this case, semiconductor devices are extensively used to control machine functions. In a phone, the semiconductor devices are responsible for regulating signal reception, battery usage, data processing, etc. Each IC chip is exclusively dedicated to functions like a camera, different sensors (ambient light sensor, proximity sensor, accelerometer sensor, etc.), display and multi-touch functionality. Besides these, pagers, routers, radios, etc., also rely on semiconductor devices for activating multiple functionalities.

In the case of security, semiconductors have positively and negatively propelled the field. The development of microchips, in conjunction with software technology, has created complex security threats at a whole new level. The effectiveness of any applications or programmes that we install relies heavily on how well the hardware system supports them. The semiconductor microchip that is responsible for the gyroscope functionalities controls the orientation of an automated military vehicle.

Semiconductor technology has also become a crucial geopolitical focal point between different countries. One such area is the defence industry, which depends on semiconductors and derivative components for the development of state-of-the-art military tools and technologies. Most global superpowers have heavily invested in extrinsic semiconductor technologies (most of the commonly used semiconductor devices are made of extrinsic semiconductors, and intrinsic semiconductors do not function efficiently at room temperatures). The application of semiconducting materials spans several hardware and software fields, including national security and air transportation. It is predicted that there will surely be a demand influx because of the ascending interest in space research, development, and exploration. Such powerful parts can counter very high power levels (over several gigawatts), as well as high frequencies and voltages. Similar to normal semiconductor tools, power machine semiconductors are also used to correct and regulate electrical signals or to switch off or on the electric current. These are generally used in the transmission of power across huge distances and in industrial applications.

Buses, cars, planes, and trains also have digital electronic parts that use semiconductor parts. GPS, Wi-Fi, control systems, infotainment systems, etc., have semiconductor chips embedded in them. Typically, electric vehicles have more features than analogue vehicles. In fact, most of the analogue and moving parts are replaced by electronic parts. This has considerably increased the efficiency and precision of these automobiles’ functionalities. The automated driving system is one of the most incredible advancements in this field, fueled by superior semiconductor technologies. Aviation has also advanced substantially; super-efficient engine control systems, cockpit control, and power conversion are among the improved functions.

Modern medicine and the health sector rely heavily on electronic equipment for treatment, data processing, and other services. The demand for efficient digital systems in this sector is often overwhelming; the requirement for a compact form factor along with versatile functionalities, smart power consumption with incredible performance factor, and efficient battery life with huge processing capability. The health sector deals with extremely volatile scenarios where even a minute error can be the difference between life and death. In most modern hospitals, most of the tools are partially or completely digitalised. Due to their electronic nature, they are also composed of semiconductor devices to facilitate the required functionalities.

Take the case of a compact Patient Vital Signs Monitor; it calculates heart rate, blood pressure, temperature, and pulse oxygen using IR thermometry. The use of a PSoC (programmable system-on-chip) in this design decreases the complexity of the design by providing configurable integration of the entire signal chain for analogue data processing, culminating in high cost and space savings. By employing one PSoC, the entire control functionalities can efficiently work, doing varied tasks in different scenarios depending on the process taking place. A Vital Signs Monitor (PSoC) has the capability to emulate the majority of the needed peripherals inside a single chip. A single PSoC comprises SRAM and flash memory, ADCs, PWM, an MCU, USB control, capacitive sensing, and filters. These applications are only made possible by the use of several semiconductor devices. Let’s go through them briefly.

Semiconductor devices have completely replaced vacuum tubes in most analogue machines. This was a game changer in the production and technology industry as the size of machines and tools drastically decreased and had been decreasing since. They allow the flow of electric current in the solid state mediums rather than as free-flowing electrons along a vacuum (usually released by thermionic emissions) or as free ions via ionised gases.

Diodes are electrical components that allow the movement of electric current in only one orientation or direction. In a circuit diagram, a diode is denoted by a triangle with a line along one vertex. The most used diode type utilises a p-n junction. In this kind of diode, one substance (n) in which electrons act as charge carriers share a common boundary with a second substance (p) in which holes (locations void of electrons that function as positively charged particles) behave as charge carriers.

Transistors are semiconductor devices applied to switch or amplify electrical power and signals. The transistor is one of the fundamental building blocks of electronics. It is made of semiconductor materials, typically with at least three ends for connecting to electronic circuits.

Silicon (Si) is the most used material in semiconducting devices. With its unique combination of relatively basic production processing, low raw material expense, and a versatile temperature range makes Silicon the best choice among the available semiconducting materials. The Silicon utilised in semiconductor device production is presently produced into boules that are big enough in diameter to enable the construction of 300mm wafers. 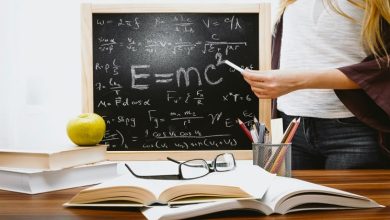 Taking Action Against Teachers That Do Not Teach 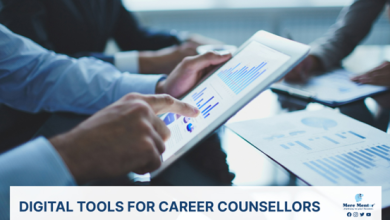 Here are top Digital Tools that all Career Counsellors should know! 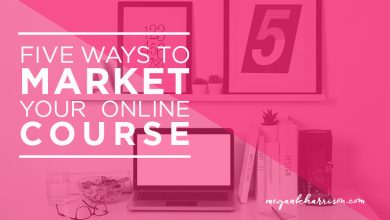 How To Market Your Course 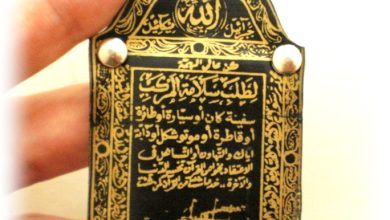 Different types of taweez in islam